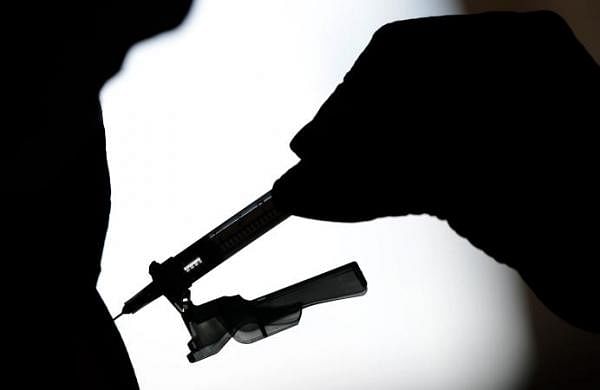 CHENNAI: Health Minister Ma Subramanian and Textiles and Handicrafts Minister R Gandhi on Saturday visited the two schoolgirls from Sholingur who developed health complications after being vaccinated against Covid-19. Subramanian promised to support their families and said the government would cover the girls’ medical expenses. TNIE reported on the suffering of the families.

While Subramanian said all possibilities would be explored to restore the 17-year-old’s sight, Gandhi said he would cover her education costs. The girl said she wanted to become a nurse. Gandhi also provided the families of each girl with Rs 50,000 from his personal fund and gave them his contact number in case they needed help.

“This year, 1,250 medical camps were held across the state, benefiting 8,64,934 people. Fifty-four camps in Sholingur and 55 in Arcot were organised, providing medical aid to more than 18,000 people. Tamil Nadu is leading the country in terms of healthcare,” he said, adding that the Makkalai Thedi Maruthuvam and Namma Kakum 48 program has been well received.

Later, while interacting with reporters, the Minister said there was no need to panic about new Covid variants. “The number of Covid cases increased after migrant workers tested positive. The state government is monitoring the situation closely,” he said, adding that people should get vaccinated.