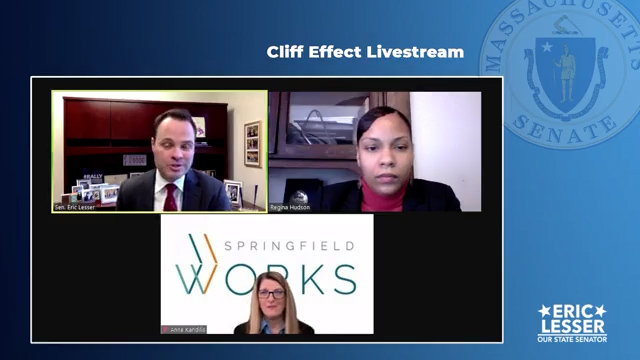 CHICOPEE, Mass. (WWLP) – The state Legislature is working on a bill that would help families become less dependent on public assistance programs.

Senator Eric Lesser held a Facebook LIVE interview on Monday to discuss this legislation and its impact on the CLIFF EFFECT. The cliff edge effect occurs when a family’s income increases enough that it loses eligibility for public supports such as food, childcare and housing, but not enough to pay for them on its own. which makes her worse off with a lower overall income. This often causes people to turn down raises and promotions so they can cover their basic needs and can perpetuate family poverty for generations.

The law project (S.119/H.208) would create a three-year pilot program for 100 working families and low-wage individuals receiving any kind of benefits, allowing them to transition from benefits without facing an income cliff.

Lesser interviewed Anne Kandilis, director of Springfield WORKS, and Regina Hudson, Financial Credit Counselor for Springfield Partners for Community Action, to discuss its impact on people like Hudson and how the bill can help. The conversation can be found at Twitter and Facebook.