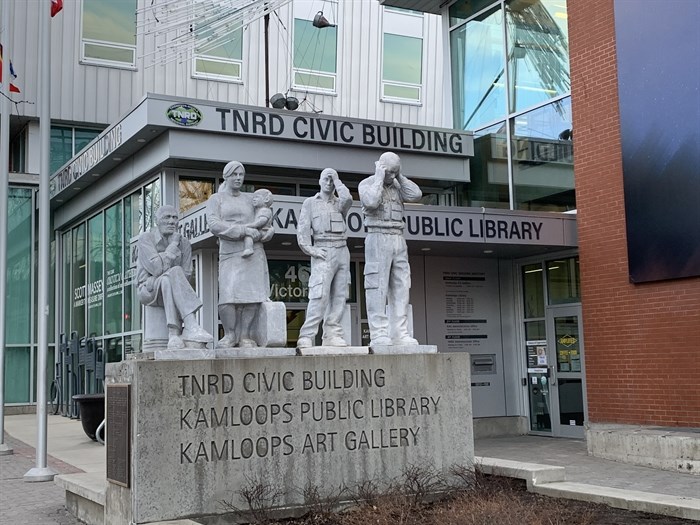 The Thompson Nicola Regional District elected board and staff spent $34,161 less on expenses like hotel stays, travel and meals last year compared to the previous year.

Although no criminal charges were laid as part of the RCMP investigation, BDO Canada recommended that the Regional District improve its oversight and accountability measures when billing taxpayers.

Since then, the regional district has revised its regulations regarding staff and trustee expenses, added protections for whistleblowers and reformed its audit committee.

Regional District staff can bill ratepayers for government-related hospitality bills, such as hotel stays and meals, which largely accounts for the $182,594 billed to the public. However, the forensic audit commissioned by the regional district last year found an “inappropriate spending culture” and recommended that it update several internal regulations and policies.

Expenses for top regional district employees range from under $100 to over $4,000.

There are approximately 40 Regional District staff earning $75,000 named in the expense report.

There are 33 elected directors named in the expense report, including the six alternate directors.

These expenses range from under $100 to over $10,000 for the year. In addition to meals and hotel stays, trustees can also deduct fuel expenses that are often claimed by those who regularly travel to Kamloops for regional district meetings.

The biggest claim for reimbursement went to board chairman Ken Gillis with $11,426, followed by Stephen Quinn with $9,080.

The six alternate directors claimed no expenses, while some permanent directors, such as Dieter Dudy, Arjun Singh and Kathy Sinclair, claimed less than $20.

While the report details spending for the entire year, the regional district now publishes quarterly spending reports on its website.

The directors claimed nearly $26,000 from taxpayers from January to the end of March, while the nine key executives claimed less than $4,000.

Quarterly reports detailing spending and checks to vendors, along with an ongoing bulletin of updated regional district oversight policies, have been publicly released in an effort to regain taxpayer confidence since the spending scandal broke l ‘last year.

Much of the scandal was linked to his former senior employee Sukh Gill, who mysteriously left the regional district in February 2020.

After he left, more of his spending habits became public knowledge, including lavish gifts for staff and expensive dinners paid for by Regional District taxpayers.

Auditors found that Gill directed thousands of dollars in Regional District business to friends, personally benefited from tens of thousands of dollars in discretionary and improper spending, and supervised or directed $200,000 in undetailed spending. He also used labor and materials from the Regional District and its contractors to work on his house.

His 20-month severance package ended in the fall of 2021, but he was still one of the highest earners in the Regional District, earning nearly $163,000.


To contact a reporter for this story, email Levi Landry or call 250-819-3723 or email the editor. You can also submit photos, videos or news tips to the newsroom and be entered to win a monthly prize draw.


We appreciate your comments and opinions on our stories, but play well. We will not censor or delete comments unless they contain off-topic statements or links, unnecessary vulgarity, false facts, spam or obviously fake profiles. If you have any concerns about what you see in the comments, email the editor in the link above.

How Active Fixed Income Can Navigate a Higher Rate Environment