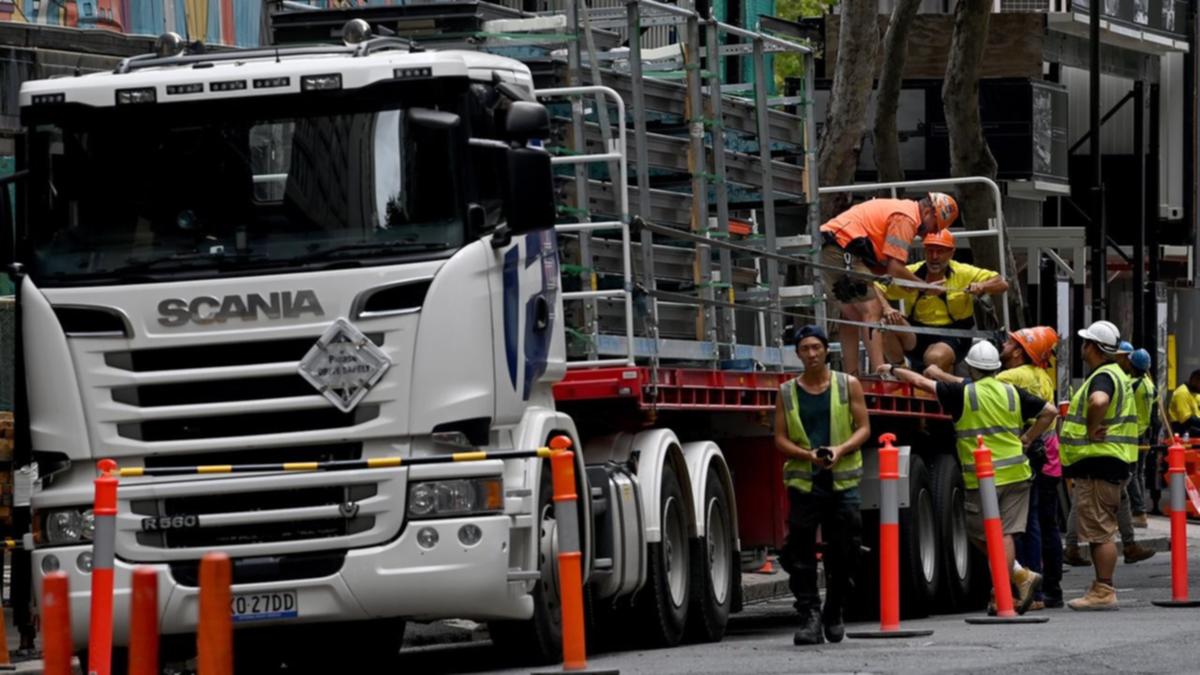 As the country’s leaders wrestle over the outlook for wages, new figures suggest there has been a noticeable rise in people’s wages, although they are still well behind the rate of inflation.

The war of words came as data showed salaried jobs fell 0.3% in the fortnight to April 16 and 0.8% in the month partly due to the timing of Easter, but were still up 2% on the year.

The report also showed wages rose 7.4% on the year, despite also falling in the respective fortnight and month, the Australian Bureau of Statistics said.

KPMG chief economist Brendan Rynne said that deconstructing the wage bill, the numbers suggest wage growth has accelerated since late 2021, in line with observations made by the Reserve Bank of Australia.

He expects next Wednesday’s Wage Price Index – a key gauge used by the RBA and Treasury – to see the annual rate close to 3% from the March quarter, down from 2.3% previously. .

Inflation rose to 5.1% in the March quarter, its highest level in over 20 years.

The payroll employment data provides guidance for next Thursday’s key labor force report for April, which comes out just days before Election Day on May 21.

This expected labor market strength is supported by strong and sustained demand for workers.

New figures from the online platform SEEK showed that job vacancies rose another 2.9% in April, marking the fourth consecutive month of record postings.

“We have traditionally expected job posting growth to decline over the Easter period, but this year continues to buck all trends with job postings once again hitting record highs,” the agency said. SEEK ANZ Managing Director, Kendra Banks.

With such apparent dynamism in the job market, Treasurer Josh Frydenberg is keen for the election to focus on the economy, as opinion polls point to a change in government.

“The most important question at stake here is who is best able to manage the economy,” Mr. Frydenberg told ABC television on Thursday.

“Who do you trust to keep taxes low, to create more jobs and, of course, to encourage and improve small businesses?

Small businesses appear to have made up their minds already, with a new survey showing three quarters of respondents predicting a change of government on election day.

The survey by financial software provider MYOB found that only a quarter of small and medium-sized businesses believe a change in work will have a negative impact on their business.

Whichever comes out on top on Election Day, two-thirds of the 1,000 SMEs surveyed cite reducing compliance costs of running a business as their most important business issue.

“Specifically, post-election SMEs would like a simplified GST/BAS reporting process and a proportion of government procurement going to small businesses,” said Helen Lea of ​​MYOB.