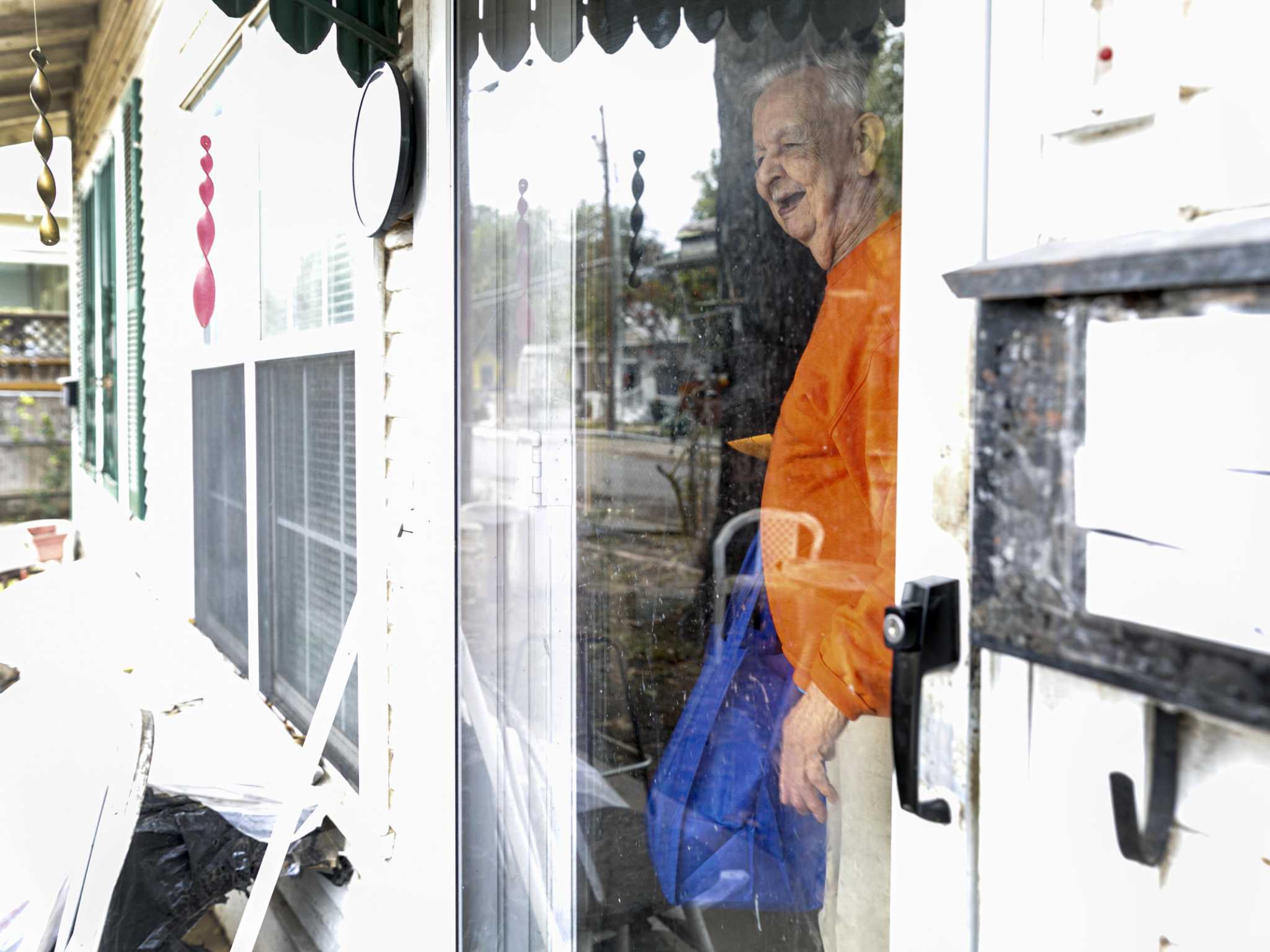 Before packing 80 bags of turkey meals in less than an hour, Robert Reyes forms a circle to lead a prayer. With his eyes closed and his head bowed, he thanks God for the day, for the kindness and for the people around him. Then, taking action, he and 15 volunteers begin to pack the turkey like a well-organized train.

At Communities Under the Bridge, a ministry just east of downtown, long cafeteria-sized tables are topped with nearly 100 plastic foam take-out boxes. Half of them are given turkey, mashed potatoes, corn and stuffing, while the other half are given apple pie, bun, gravy and whipped cream. . All are put in reusable blue bags, along with small plastic containers of small desserts made by a Romanian volunteer.

â€œToday is a day when we count blessings, not calories,â€ shouts Robert’s wife Rose Reyes.

Robert is the founder of King’s Compassion, a faith-based organization, and Rose is its CEO. Over the past decade, they have provided services to San Antonians aged 65 and over and below the poverty line, from delivering toiletries to doing odd jobs. housekeeping or taking care of lawns. For today, the mission is Thanksgiving.

The Reyes teamed up with Communities under the Bridge to prepare and deliver food Thursday morning. Communities under the Bridge serves meals to the homeless every night and, on Thanksgiving, also provides food for King’s Compassion recipients. The food, donated by members of the religious community and others, is served cold and delivered to 50 elderly people in the morning, then distributed hot to 200 homeless people in the evening.

â€œIn 1999 Robert and I volunteered for another nonprofit in Southtown, and we knocked on the door a lot. During this process we met a lot of older people and recognized that unfortunately very often they are neglected, â€said Rose. â€œThis is what we thought we needed to be served. “

After the food is packed, delivery drivers are given addresses with the names of the people at each location and the number of food packages each should receive. Most of the beneficiaries live alone, although a few have partners.

For Gina Mitchell, a King’s Compassion volunteer, the work reminded her of her own aging parent.

â€œI know my mom has the funds she needs, but for so many other people, they barely live in their homes,â€ she said. â€œI mean, they could be homeless at any time. They are only the forgotten.

Mitchell, who helps prepare and deliver the boxes, gets three addresses in Southtown and a homeless location.

Felipe Garcia – the homeless person on Mitchell’s list, who lives in a chicken coop – doesn’t answer her calls, so she leaves the food outside his home. The other elderly members open the door with enthusiasm. King’s Compassion called them all ahead to let them know they would be getting a Thanksgiving meal.

Norman Monroe, an 80-year-old man living in Southtown and alone for the holidays, invites Mitchell over. King’s Compassion gives her two meals “because everyone loves Thanksgiving leftovers,” Rose Reyes said.

Mitchell asks if it’s okay to pray with Monroe, which he accepts. She says a quick prayer at the door and wishes him a Happy Thanksgiving.

After giving birth, Mitchell returns home to have her own Thanksgiving, but the work at Communities Under the Bridge is far from over. Hot meals for the homeless begin at 6 p.m., as the ministry has been doing every night since the start of the COVID-19 pandemic.

Coming up, Communities Under will host an open house to the public at 10 a.m. on Dec. 11 to celebrate its work, said Dianne Talbert, director of the organization. This year, the group served more than 42,000 meals to the homeless.