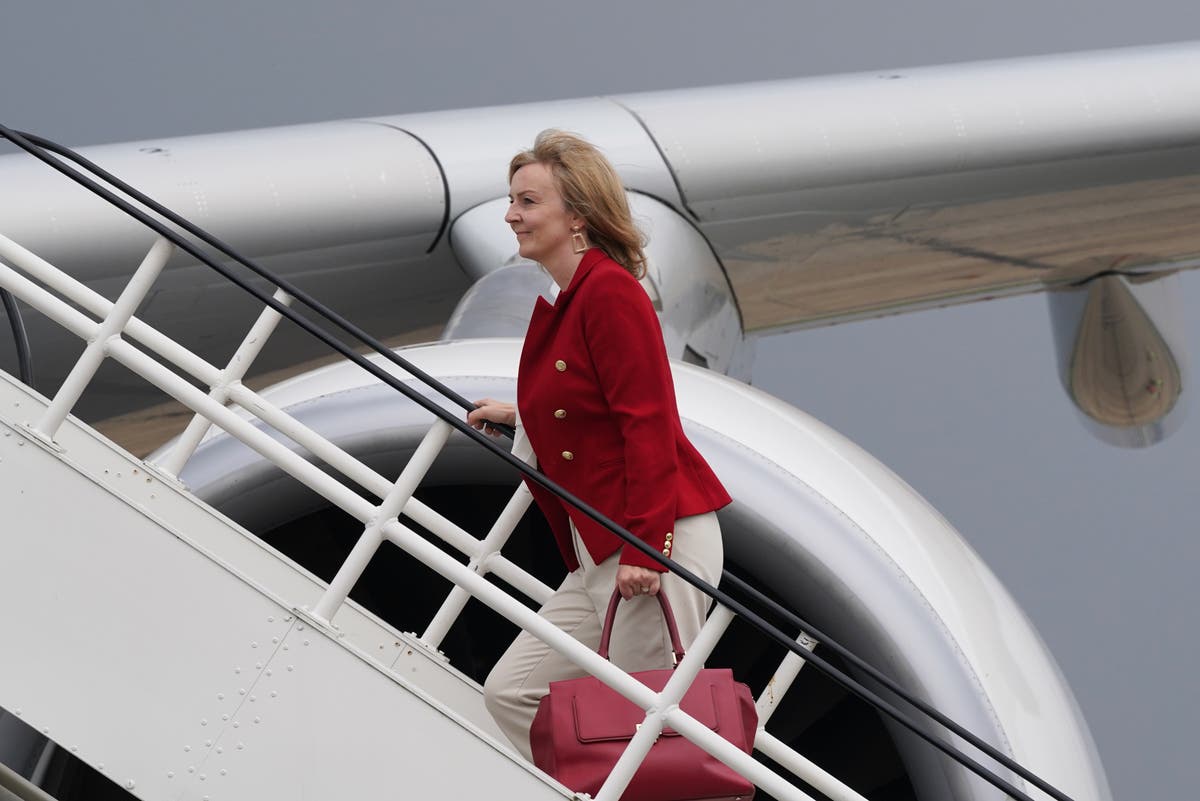 Get our free Inside Politics email

Liz Truss’s travels abroad as Foreign Secretary and Minister for International Trade led her to make demands resembling a rock star ‘jumper’, according to a new biography of the ex-PM .

Labor has questioned claims made on behalf of Ms Truss for her overseas trip following excerpts from the book Out of the Blue: The Inside Story of Liz Truss’s Unexpected Rise and Rapid Fall.

Ms Truss asked for a bottle of sauvignon blanc from the fridge in any accommodation and wanted bagels or sushi for lunch – with ‘absolutely no mayonnaise on anything, ever’.

She was demanding on coffee, according to excerpts serialized in the Sunday timeexpecting double espressos served in a white sized to-go cup.

Former assistant Kirsty Buchanan said Ms Truss drank “about 42,000 espressos a day or she did when I worked for her… she would sit there with a huge meatball sub or eat three croissants at breakfast -lunch”.

Labour’s shadow attorney-general Emily Thornberry questioned government statements made on Ms Truss’s behalf – saying she would ‘keep digging’ based on the details in the book.

The senior MP said on Sunday she had “sought answers” from the Department for International Trade (DIT) on why “zero non-travel costs were reported for these trips”.

Ms Thornberry tweeted: “The DIT claimed that – during these three trips, amounting to a fortnight abroad – Truss had not incurred a penny of hotel, food, drink and other expenses.”

She added: “From the back of today’s excerpts you can judge the credibility of that.”

A source said a shooting at the Shibuya zebra crossing in Japan’s capital Tokyo was ‘so dangerous’, adding: ‘There was traffic everywhere and she kept going through it, take after take, even when the traffic kept coming.”

Freedom of Information requests revealed that a freelance photographer had been hired for a trip to Australia at a cost of £1,483 for photos such as the photo of Ms Truss on a British-made Brompton bike with an umbrella Union Jack in front of Sydney Harbour.