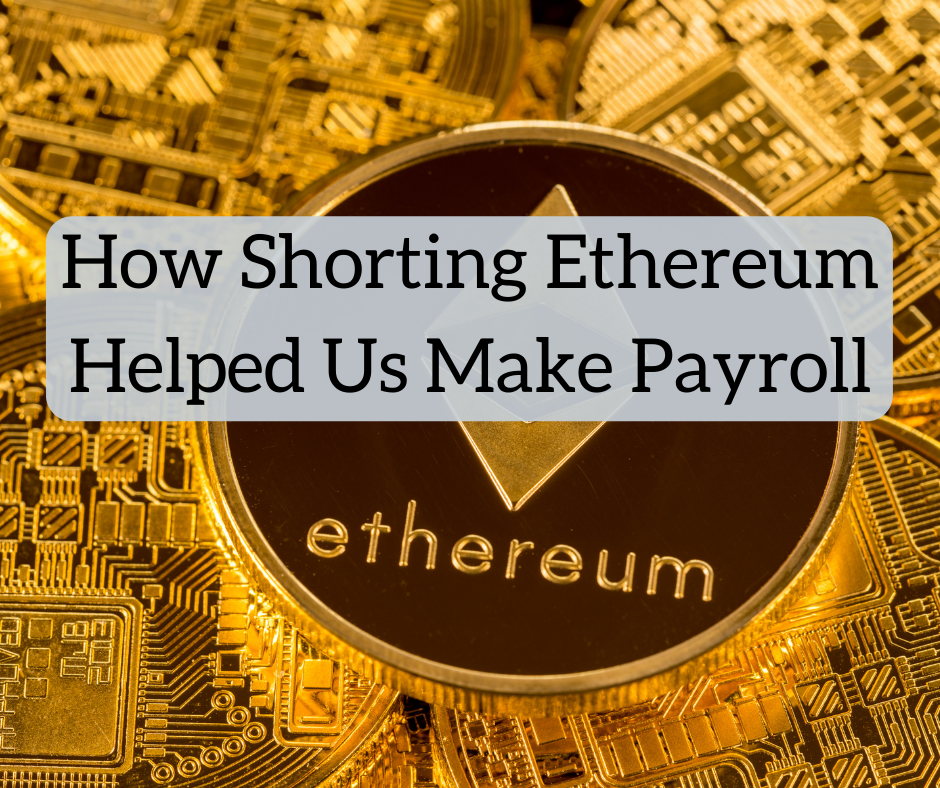 We had a little financial crisis recently. As you know, organizing conferences is very expensive. It also induces serious cash flow issues, where you get most of the conference revenue very early in the process, but all the bills come due late in the process.

Well, it turns out we ended up spending too much money on fancy trips to Europe and heli-skiing, and then all those bills came due at the same time. We had to pay for all the people who worked at WCI, and the money wasn’t there.

So we had to get creative. There were a number of options available.

The first was to put the cars on Turo, basically the VRBO for cars. Our lousy cars weren’t going to rent for much, however. But since I wired the garage with electric car chargers when we were doing the house renovation, we thought we could rent three Teslas. However, it was going to take too long and it wouldn’t bring us enough money to do the payroll.

The second option was to sell part of the business to a ready buyer. We did some research and found a large insurance company that was willing to be a minority investor. We will call them SouthEastern Mutual to preserve their anonymity. We got a pretty good offer, but in the end it turned out that SEM wanted to shut down the site completely (or at least remove 5-10 specific messages about whole life insurance), so we declined it .

Our CTO came up with another great option. We were going to launch a WCI Crypto Coin, tell our audience about it, and then cash out as much as we could. It would be a really functional piece, and it would also serve as a collector’s item for true WCI fans.

But it just didn’t seem right to launch a pump and dump program on our audience, even if it was for a good cause.

In the end, we opted for a more practical option.

We took out a short-term HELOC on the house and used it to short Ethereum. At the time, Ethereum had gone to the moon. It was pretty obvious that the bubble was about to burst. In fact, it had already started when we “sold” it. Remember: when you sell short, you first sell an asset (that you borrowed from someone else) and then buy it back once its price has fallen.

We ended up selling/buying 300 coins, which brought us nearly $300,000 in profit. It was enough to pay the payroll, pay a small bonus and still have something for us. Pretty easy too, given how clear our crystal ball is on this particular decline. It was the least we could do for our dear employees.

If you are having a cash crunch for your small business or even just your family, consider getting into the crypto markets. There’s so much volatility out there that it should be easy to kill by getting in and out at the right time.

If everyone at work is talking about it, cut it short. If even the Crypto Bros on Twitter have gone silent, then it’s time to buy.

What do you think? Which of these options would you have chosen for payroll? Should we have bought the Teslas? If not, how do you plan to celebrate April 1st? Comments below!

‘Undercover Boss’: What is Fontana Mayor Acquanetta Warren’s net worth?