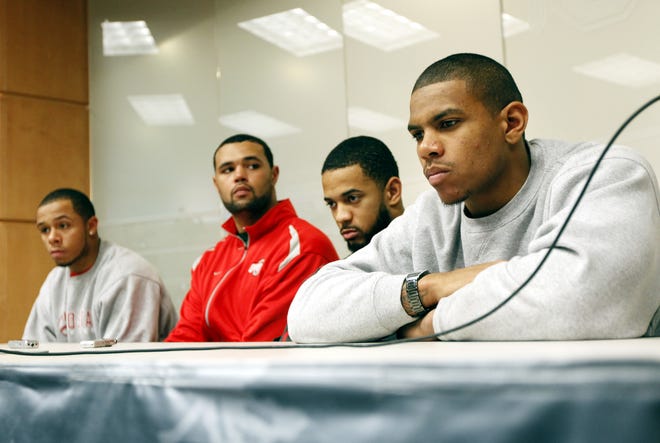 Do you have any other comments or questions? Contact me at [email protected].

To Brian: Even after severe penalties for cheating, SMU football continued to pay its players and eventually received the death penalty, but none of those wins by this team using all those paid players for so long has ever been cancelled. In 2010, Ohio State asked a few players to sell their own items and ended up with all 12 wins that season vacated, including the Sugar Bowl in which the NCAA told OSU to use these players after becoming aware of the violations. It’s time for those 12 wins to be restored and the asterisk removed.

After:Letterbox: Is Quinn Ewers the new Curt Flood? Did the refs let Michigan get away with holding?

For the editor: Good article on not only Steele Chambers, but also the new coach and the whole defensive scheme. Good nuts and bolts stuff.

To invoice: All credit goes to our Bill Rabinowitz, who continues to ask great questions and provide good depth to what’s going on with the OSU football team.

On NIL and taxes

Dear Mr White: April 18 was tax day not only for millions of normal salaried Americans, but also for a new breed of filers: name, image and likeness of college athletes. (My initial thought: Did Quinn Ewers remember to file an Ohio state tax return for are received in 2021 while retaining the No. 3 quarterback position for the Buckeyes? My guess is: yes.)

Although I never received a 1099 form for $1 million in recognition of my work as a pitchman for Big Al’s Chevrolet in East Lansing/Tuscaloosa/Norman/College Station, I bet it would draw all the Warning. (Note to self: please tell me I left about $300,000 worth of dry powder to meet my tax obligations, you know, before I bought the Hummer and parked the rest in Bitcoin .) Assuming everyone acted cautiously, April 18 produced two windfalls: one for government revenue agencies at all levels, and a second for the CPA battalion that headline-opposed university athletic departments had to hire to wrestle with the complexities of the tax code. After all, a headline they want to avoid: “On the eve of the big tech game, state quarterback is charged with tax evasion.”

More from The Mailbox

Baker Mayfield gets bad press in this Deshaun Watson mess

In defense of Chris Holtmann, and the Browns need Kevin Costner again

Illinois fans don’t like pointing fingers at their angry coach

Why are Illinois and Michigan okay with the behavior of their basketball coaches?

Why does Notre Dame get a CFP vote? And is Rob Oller great or “sad and cynical”?

On Joe Burrow, a man with many college degrees

Get more Ohio state news by listening to our podcasts