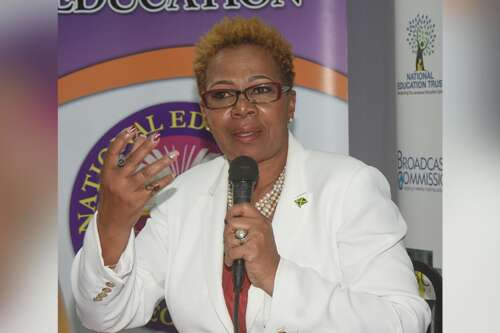 A problem in the Ministry of Education and Youth’s payment system, caused by human error, meant that teachers in Region 7 – encompassing the parish of Clarendon – did not receive their monthly salaries at the October 25 due date.

The Jamaica Teachers’ Association (JTA), in a statement released on Thursday, said it was “highly unacceptable” that several categories of teachers had yet to receive their monthly salaries, more than two days after the due date. payments.

The Permanent Secretary of the Department for Education, Maureen Dwyer, told the Jamaica Observer Thursday that the department became aware of the error on Thursday morning and immediately carried out checks and discovered that the payroll file had been inadvertently uploaded to the wrong category.

“So that [payroll file] was uploaded under “bimonthly” category when it should have been uploaded under “monthly” payment… We contacted the Accountant General’s Department [AGD] and they told us we didn’t see the file where it should have been. They did their investigation and they located the file and it was properly routed to the monthly payments. So we were able to correct that at 10:30 this morning [Thursday] and then the AGD was able to tell the Bank of Jamaica (BOJ) that the payments could be made,” she explained.

She said the AGD, after asking the BOJ to speed up the payment process, confirmed that payments would start reflecting in some accounts by 8:00 p.m. Thursday and that all payments should be made by Friday after -midday.

“Teachers who are paid through the National Commercial Bank (NCB) would see their [salary] reflected first and then, for others who are paid from their accounts in building societies and credit unions, it would take a little longer because it will be a transfer from the bank,” he said. she declared.

JTA also said in its statement that neither the association nor the board of any institution had received any communication from the ministry informing about the delay.

But Dwyer said she has since spoken to the union’s general secretary as well as the president.

“I had conversations with them and sent them the correspondence that we received from the accountant general. We just wanted it to be very transparent so that they understand exactly what happened,” he said. she stated.