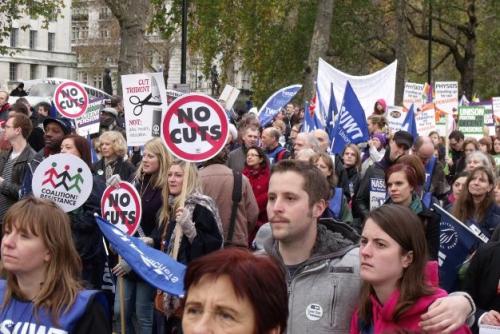 In a decision that bodes ill for union employers, the United States Court of Appeals for the Second Circuit recently ruled that a union pension fund was contractually authorized to conduct an audit whose scope far exceeded the unit negotiations for which contributions to the fund were required. Since the employer did not produce evidence that the conduct of the audit by the trustees of the fund breached their fiduciary duties under ERISA, the court held that the fund was entitled to perform the requested audit. New York State Nurses Association Benefits Fund v. Nyack Hospital, Case No. 20-378 (2nd Cir. Aug. 19, 2022.)

The facts in Nyak Hospital are not unusual. Nyack Hospital (the Hospital) had approximately 1,400 employees, one-third of whom were registered nurses. Most of these nurses were covered by a collective bargaining agreement (CBA) between the hospital and the New York State Nurses Association (NYSNA). Of the Hospital’s approximately 900 non-nursing employees, about 700 were represented by three other unions.

The NYSNA Benefits Fund (the Fund) is a multi-employer benefits fund that provides health and welfare benefits to eligible hospital employees who are party to CBAs with NYSNA. Under the Hospital’s CLA, regular full-time and part-time employees are covered employees eligible for Fund coverage for which Hospital contributions are required; per diem employees and temporary employees are not eligible. The only employees for whom contributions to the Fund could therefore potentially be required were registered nurses.

Like most multi-employer benefit funds, the Fund relies on employer self-reporting and periodic salary audits to ensure that all required contributions are being made correctly by employers. Several documents deal with the rights and obligations of the Fund and the Hospital in this regard. The CBA requires the Hospital to provide the Trustees of the Fund with documentation reasonably necessary “to establish…the number and identity of employees for whom contributions have been made during the term of” the agreement. By means of a written acknowledgment (acknowledgment) required under the CTC, the Hospital has agreed to be bound and subject to the trust agreement governing the Fund (Trust Agreement). Under the Trust Agreement (which by its terms takes precedence over the Collective Bargaining Agreement in the event of a conflict, unless otherwise provided in the Acknowledgment), the Fund may “have audited by independent chartered accountants of the payroll and salary records of any employer in connection with such Employer Contributions, Employee Contributions and/or reports.

Based on this authority, the Fund advised the Hospital that the Fund’s auditors intended to audit the Hospital’s payroll and related data and requested information to everything of the hospital workforce. This claim covered many employees (including the hospital’s management team and engineering staff) who were presumably neither covered by CBA nor remotely eligible for Fund benefits. The Fund’s rationale for this (at least arguably) overbroad request was that the records requested were necessary to: (1) ensure that the hospital made all contributions required under the collective agreement; and (2) allow the Fund to identify all eligible employees and notify them of their status and benefit entitlements.

When discussions about potential compromises (such as parties entering into a confidentiality agreement) fell apart and the hospital ultimately refused to provide information for any employees other than those covered by the ABC (e.g. nurses authorized), the Fund filed suit in the Federal District court seeking an order compelling the production of the information and the conduct of the audit.

The Fund’s lawsuit alleged that the hospital’s failure to comply with the audit clause of the trust agreement violated ERISA and the Labor-Management Relations Act. After the hospital’s motion to dismiss the audit as overbroad and unacceptable was denied, counter-motions for summary judgment followed. The Fund argued that its auditors had the right to examine the payroll records of all employees, and the hospital argued that the Fund only had the right to audit the payroll records of registered nurses covered by the ‘ABC.

The Second Circuit overturned the court below. The Court began by analyzing the extent of the audit authority of an ERISA-covered plan under the Supreme Court’s decision in Central States, Southeast and Southwest Areas Pension Fund v. Central Transport, Inc.472 U.S. 559 (1985) (central states). central states also involved a fund seeking to audit a much broader group than that covered by the applicable CBA. The central states the trust agreement was also vague; it allowed the trustees “to examine the relevant records of each employer at the establishment of the employer whenever such examination is deemed necessary or desirable by the trustees in connection with the proper administration of the trust”.

central states held that the trustees had the authority to conduct the audit requested under the previous provision of the trust agreement, and that the review of the records of persons who were not participants was “entirely reasonable to light of ERISA policies”. The only limitation on a fund’s contractual audit rights was when the audit was used by the trustees for other purposes that conflicted with the fiduciary duties of the trustees under ERISA. Consequently, central states argues (at least in the majority view) that a court should execute a request for an audit that is otherwise authorized under the trust agreement, unless the conduct of such an audit violates fiduciary duties loyalty or prudence of the trustees. The Court cited audits that were disguised efforts “to expand plan coverage beyond the category defined in the plans’ terms or to acquire information about employers in order to advance union goals”, or ” clearly a waste of regime assets or irrelevant to the regime’s legitimate concerns” as examples of prohibited conduct.

As the Court applied the central states scope, any request for an audit that falls within the scope of what is authorized will be carried out unless the employer has demonstrated that the performance of such a request would violate the fiduciary duties of loyalty or prudence. trustees.

The majority opinion apparently chastised the district court for failing (likely due to its “erroneous ruling as to the scope of the documents Nyack was required to provide”) to consider whether a confidentiality agreement (which the auditors of the Fund had proposed) was necessary or sufficient to address the hospital’s concerns against the potential misuse of confidential information, asking the district court “to exercise its considerable discretion in determining whether and how to issue an order of appropriate confidentiality”.

In a lengthy dissent, Justice Carney did not accept that the trust agreement or central states forced an audit of all employees.

With respect to the scope of the audit provision of the trust agreement, the dissent noted that the audit clause does not use the word “all” or otherwise unequivocally indicate an overall obligation to the workforce scale. Rather, it references and identifies payroll records with reference to the Hospital’s contribution obligations (which are limited to registered nurses). Further, according to the dissent, the scope of the “pay and salary records” that the hospital was required to produce must be read in conjunction with the collective agreement and limited accordingly. In sum, according to the dissent, the plain language of the trust agreement did not support the Fund’s request for an audit of all hospital staff.

With respect to the central states, the dissent argued that the majority had “overstated” this decision by suggesting that in the absence of a demonstrated breach of fiduciary duties by the employer, a district court would not had no discretion to limit the scope of a requested audit. On the contrary, according to the dissent, when there is an ambiguity in the authorization documents (which would no doubt be present here), “central states does not preclude the district court from crafting an appropriate production order. »

Nyak Hospital illustrates one of the hazards faced by employers with multi-employer contribution obligations, that of an overly intrusive fund audit. Although all members of the bargaining unit are registered nurses, the hospital was ordered to produce records for its entire workforce, two-thirds of whom were not registered nurses. The decision also illustrates the importance for an employer to anticipate this problem and respond to it during negotiations. As the majority pointed out, if the Hospital had wanted to limit its filing obligations, the place where it should have done so would have been in the Acknowledgment (in which it unequivocally agreed to be bound by the trust.)

The only positive note seems to be the Second Circuit’s emphasis on providing appropriate privacy protections for the employer. Such protections could help alleviate some concerns when an employer receives a fund information/audit request.